I lost my father to Alzheimer's Disease in 2013.  His decline was long, slow and painful for all our family and friends as we watched him disappear before us.  Although much progress has been made, there is currently no cure for this disease. We're told exercise and keeping fit are the best means of fending off the ravages of Alzheimer's, but really, we just cross our fingers and hope.  As the ever growing population ages we're looking at some staggering statistics:

Helpless to make any real difference, I did what I do - I wrote a song. I had no great plan for it other than to record it, which Seth and I did, squeezing it into a recording session scheduled for The Edna Project.  Seth, Joey and I sang all the backing tracks.  It sounded great and I was happy...almost. I still wanted to hear it with the choir I'd written it for. A few months later we sent an e-mail out to many of our pro singer/musician friends inviting them down to lend their voices.  Thirty people showed up. We served up chicken wings, wine and twizzlers and spent a few beautiful hours making the track come alive. We also asked a few friends to come and video tape the recording session. Slowly my concept to raise funds and awareness started to gel.

HALLELUJAH (SING FOR THE HOPE) 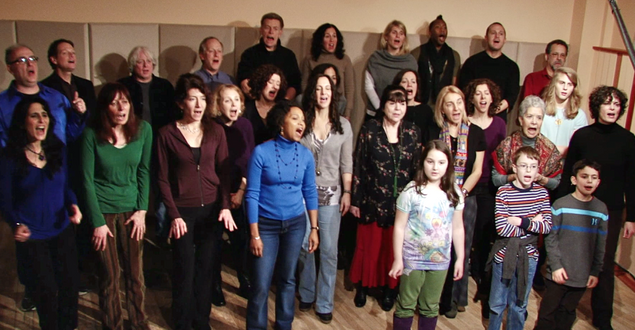